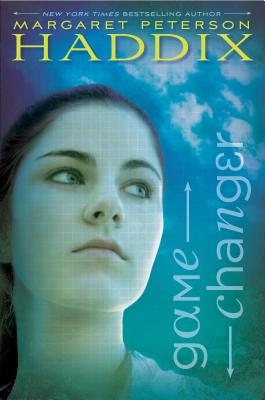 “A softball game goes awry and eighth grade star pitcher KT blacks out. When she wakes up, it is an upside down world. Instead of her softball game, she is in a world where you only get to practice sports, and all the competitions are, instead, focused on academics. Haddix creates a world where ideas run counter to mainstream society, and she challenges readers to think 'What if?'”
— Margaret Brennan Neville, The King's English, Salt Lake City, UT

What if school was sports, and sports were school? A talented teen athlete questions reality--and the role she plays in it--when a mysterious injury upends her world. Athletics are everything for eighth-grader KT Sutton. She's a softball star, and she's on track to get a college scholarship and achieve international fame. Then one day during a championship game--in the middle of an important play--she suddenly blacks out. When she wakes up, she's in a different world. One where school is class after class of athletic drills, and after-school sports are replaced by popular academic competitions. One where KT is despised for her talent, and where her parents are fixated on her brother's future mathletics career rather than KT's softball hopes. KT is desperate to get back to reality as she knew it, but bits and pieces of disturbing memories and dreams make her wonder if something truly awful happened there. What if she's lost something a lot more important than a softball game? From New York Times bestselling author of Sent and Sabotaged, an engaging and highly relevant exploration of society's debate of smarts versus sports.