Lost in the Tunnel of Time (Clubhouse Mysteries #2) (Hardcover) 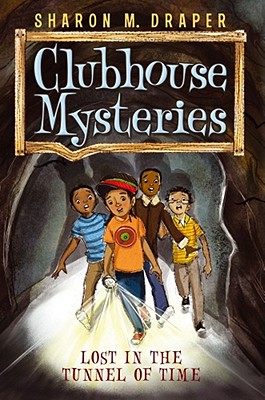 In this second book of the classic chapter book series by award-winning author Sharon M. Draper, four boys who call themselves the Black Dinosaurs explore an old tunnel that once was part of the Underground Railroad.

Ziggy, Rico, Rashawn, and Jerome discover their hometown used to be a stop on the Underground Railroad and set out to explore the part of the tunnel right under their school. When a trapdoor slams behind them, locking them in the tunnel, there’s only one thing they can do—plunge deeper and deeper into the darkness. Where will the tunnel lead them? And will the old, crumbling walls hold until they find their way to the end?