Your Brain's Politics: How the Science of Mind Explains the Political Divide (Societas) (Paperback) 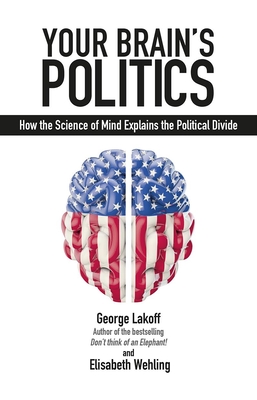 At first glance, issues like economic inequality, healthcare, climate change, and abortion seem unrelated. However, when thinking and talking about them, people reliably fall into two camps: conservative and liberal. What explains this divide? Why do conservatives and liberals hold the positions they do? And what is the conceptual nature of those who decide elections, commonly called the "political middle"?

The answers are profound. They have to do with how our minds and brains work. Political attitudes are the product of what cognitive scientists call Embodied Cognition -- the grounding of abstract thought in everyday world experience. Clashing beliefs about how to run nations largely arise from conflicting beliefs about family life: conservatives endorse a strict father and liberals a nurturant parent model. So-called "middle" voters are not in the middle at all. They are morally biconceptual, divided between both models, and as a result highly susceptible to moral political persuasion.

In this brief introduction, Lakoff and Wehling reveal how cognitive science research has advanced our understanding of political thought and language, forcing us to revise common folk theories about the rational voter.